We started the 1st quarter 2022 after a strong 4th quarter 2021. The S&P500, DJIA and NASDAQ all finished the year at or near all-time highs.  The market was unable to build on the December gains, and we hit some turbulence starting about the second week of January.  We had not experienced a full 10% market correction (10% pullback from the highs) for a period of time longer than usual. It is important to keep in mind that market corrections are a normal process, but they can cause a lot of anxiety. We have had at least a 10% intra-year correction in 4 of the last 7 years, but the S&P500 still averaged over 13% per year since 2015 through yesterday.

The market set a bottom on January 24th and then started to rally as it recouped about 50% of the downdraft. A 50% retracement of the losses is normal, followed by a test of the lows before a correction begins its recovery phase.   Right as we were testing the January 24th lows, Russia invaded Ukraine on February 24th and a new short term low was set. However, on that day, the S&P500 rallied 4.25% off the intraday lows and actually closed higher. This type of intra-day reversal often marks a near term bottom.

Since the lows set on February 24th, the market moved significantly higher rising 12.7% in just four plus weeks through March 29th. After a significant move off the bottom, it is not unusual to get a normal pause. The current weakness will likely set a “higher low” on the chart and then the recovery attempt will begin again. You will note on the chart below that the downtrend has been broken for now. The next step would be to set a “higher high” meaning get back through the March 29th level on the next move higher.

The two main concerns are the war in Ukraine and rising interest rates.  Geopolitical events like we are experiencing now historically create a short term market event, but recovery comes quickly.  Inflation, and rising interest rates to fight it, is the primary issue creating market uncertainty.  The market does not like uncertainty; however, we encourage investors to look past the current volatility and think 6-12 months out. The last 11 times the Fed has been in a tightening cycle of raising interest rates; the market was higher a year later 10 out of the 11 times.  The last time the Fed was raising interest rates was 2016-2018. We believe this year will be much like 2016. Interest rates were rising and the market started that year down 10.3% by mid-February.  The chart below shows how it recovered by mid-year and finished the year up 12%. We are not predicting that the market will be up 12% this year but do believe it will follow a similar pattern and finish higher even if most of the recovery takes place in the second half of the year, similar to 2016.

Something to think about: the market does not make big moves on meeting expectations. The bigger market moves are always a reaction to a variance from expectations. This is likely the most aggressive the Fed has ever been. Expectations are for as many as eight rate hikes and even 50bps (half point) moves at some policy meetings this year. They are also targeting a balance sheet runoff of upwards of $95 billion per month. In other words, they are reducing liquidity to the economy. We believe the likely variance from expectations will be that the Fed does not end up needing to move as fast or be as aggressive as is expected now. There are already signs of inflation peaking and many believe it will start to mitigate through the rest of the year. If the Fed is less aggressive than expected, the market will likely recover much more quickly.

We are in the second year of a Presidential term. Here are some interesting facts as we move forward.

Since 1940 on a September fiscal year, the DJIA (Dow Jones Industrial Average) has only averaged 2.9% return in the second year of a Presidential term, and 7% on the calendar year. The third year of a Presidential term has been the best, averaging 19.9% on a September fiscal year, and 16.4% on the actual calendar year with an 88% probability of being positive.

The most favorable time-frame for the market has been October 1st of the second year (this year) through the end of the Presidential term (2024).

We believe we are in the midst of a normal market correction and patience will be rewarded. The Fed will try to curb inflation, but it is during a strong economic period. The labor market is very strong and economic growth is compelling coming out of the pandemic. Some are predicting a recession, but we believe the current economic strength gives us some cushion that could allow a soft landing. Even if we are wrong, the market historically does quite well leading up to a recession, which most predict would not begin until late 2023. You will hear about the inverted yield curve, which happened briefly last week, being a signal that a recession is near. The fact is that every recession has had an inverted yield curve, but not every inverted yield curve has led to recession.

As the Fed slows inflation, the economy will slow. Keep in mind that the market did extremely well when, for years, our economic growth (GDP) was only about 2% per year. There will be good days that turn into bad days, and bad days that turn into good days, and the market will continue to be volatile for a while. We encourage patience. Looking six months past the current volatility, we will get past the current uncertainty and choppy market conditions that create an emotional stir. Though the market may test resolve in the short term, we remain intermediate to longer term bullish and expect that patience will be rewarded, again.

The content contained herein is for informational purposes only and does not constitute a solicitation or offer to sell securities or investment advisory services. Investments are not FDIC-insured, nor are they deposits of or guaranteed by a bank or any other entity, so they may lose value. Past performance is not a guarantee of future results and clients should not assume that future performance will be comparable to past performance.

Our Form ADV Part 2A firm disclosure document is available for review. View Form ADV Part 2A, call or email to request a copy. This document contains detailed information about Royal Fund Management, LLC and the services provided. 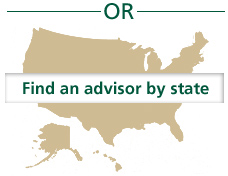 The content contained herein is for informational purposes only and does not constitute a solicitation or offer to sell securities or investment advisory services. Investments are not FDIC-insured, nor are they deposits of or guaranteed by a bank or any other entity, so they may lose value. Past performance is not a guarantee of future results and clients should not assume that future performance will be comparable to past performance.

Our Form ADV Part 2A firm disclosure document is available for review. View Form ADV Part 2A, call or email to request a copy. This document contains detailed information about Royal Fund Management, LLC and the services provided.